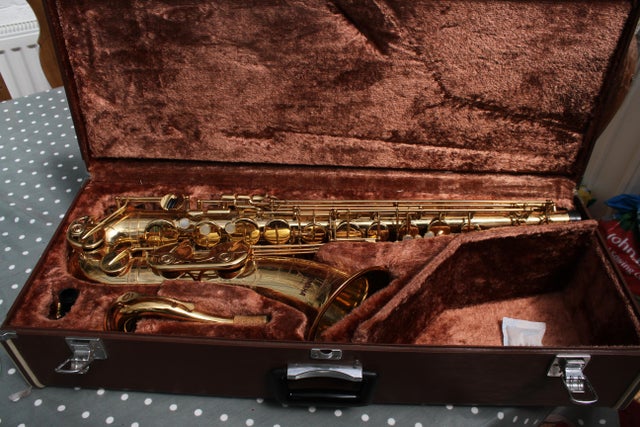 This is a good condition early Yamaha YTS62 "purple logo" Tenor Sax, which is a commission sale for Clarinets Direct. This instrument has been professionally owned, and these early examples are generally considered superior to current production models. The Tenor has serial nos. 006027, and above this a former owner has etched their postcode, presumably as a security precaution. The original lacquer shows some wear, as seen in the photographs. There is also a small ding to the bell see photo 7. The key work is in superb condition, it is well regulated, and the leather pads are in good used condition throughout. This Tenor plays easily throughout its range, with even response and intonation. The case is a Yamaha in good used condition. The m'piece is a lightly used Yamaha 4C.